“Boys 2 Gentleman is dedicated to empowering young people to seek, do, and be all the things
they once thought were impossible.”
– Keith Linton

In an effort to expand his philanthropic footprint and continue to affect positive inner-city change beyond what possible during his 13 years of professional community policing, former LAPD Officer Keith Linton founded Boys 2 Gentleman in 2015. Boys 2 Gentleman is dedicated to empowering young people to seek, do, and be all the things they once thought were impossible.

After serving 13 years as part of the Los Angeles Police Department, Officer Keith Linton made the difficult decision to retire early and invest his full heart and soul back into the children of Watts and South LA.

“When I left the LAPD in 2015 I thought, ‘What if instead of giving a kid a booking number, I give them hope?’” said Linton. “We need to listen more intently to the communities that are in pain. We need to listen and show up for those kids.”

Keith Linton grew up in the often-violent Brownsville projects in NYC and was raised by an African-American single mother. After moving to Los Angeles over two decades ago, he joined the LAPD police force.

Rising through the police ranks, he was one of the first 40 officers chosen by Ms. Constance L. Rice (https://en.wikipedia.org/wiki/Constance_L._Rice) to lead a community policing reform an initiative that focused on restorative justice, community connection, and mutual respect. After spending his last few years on the force working within this community policing capacity – he made the decision to retire from the force in order to devote all of his time to the inner-city kids and families that he had come to know and love who were deeply struggling due to uneasy race relations, generational poverty, trauma and PTSD due to nightly violence, single-parent households due to mass incarceration, budget cuts to education and after-school programming, and food insecurity, etc. There is more to their situation but this is just a shortlist of the reasons why so many inner-city communities both in Los Angeles and nationally are hurting, fighting, looting, and dying right now.

Keith’s work has been chronicled via independent news outlets, an LAPD educational series, and through the LAPD Foundation. His daily motivation is two-fold: Boys 2 Gentleman annual programming serves as a way to bridge hope and peacefully combat the overwhelming sense of despair and desperation that inner-city youth experience, while also serving as a match that sparks a conversation, amidst that chaos, about ways in which we can collectively come together as a larger community to stop the violence, heal, and bring positive change – that will benefit all.

His passionate commitment and the good quality of his programming has shown tremendous results for these kids. They are regularly showing up for school now, their behavioral violations have been dramatically reduced, and these children are now serving as student leaders on campus taking personal ownership of the ways in which they and the children around them are treating each other, their teachers and school administrators, and their police officers. He has single-handedly created a new type of “cool club for kids” in Watts and South LA founded on peace, educational curiosity, mutual respect, personal responsibility, and a love for thy neighbor.

Outside program evaluators have observed his programming and the ways in which he interacts with these children on many occasions and you should see the transformation from day one of the school years to even just a few weeks in. The children love him, grow and evolve because of his foundation’s work, and then go home and share their renewed hope and learnings with their families and neighbors. The pride these children now show, as it relates to the good citizenry, is relayed back to school principals via parent forums on a regular basis. And despite very tight budgets, school principals, over the last five years, have reserved funding for his programs because they have seen extraordinary turnarounds in so many of their most troubled students.

Keith Linton’s passionate voice, life-changing work, and professional background are operating at an intersection that is most timely right now. Because of his professional police service background and his on-the-ground understanding of the inner workings of the inner city – Boys 2
Gentleman is uniquely positioned during these current, tumultuous times to affect a tremendous amount of community advancement and healing as long as its during-school and after-school programming has space and funding to continue.

Keith Linton loves, respects, and honors the diligent on-going efforts of the Los Angeles Police Force and still considers these men and women to be a part of his extended family – while also – loving, respecting, and honoring the continued struggle of so many children and families who
are caught within a dangerous ecosystem that oftentimes only offers them ways to survive — but not to thrive.

Keith Linton and his Boys 2 Gentleman team hope that you see value in their inner-city youth leaders. There is still a good amount of work to be done and Boys 2 Gentleman is eager to suit up and get back out on the front lines

Helping inner-city youth avoid the wrath of gangs and a life of crime so they can lead productive lives as gentlemen and ladies.

Helping transform the lives of elementary, middle, and high school-aged students and families. 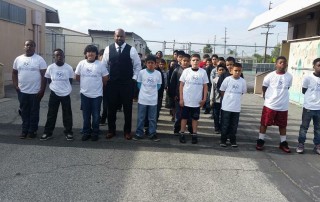 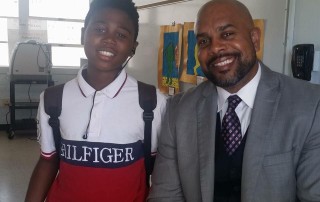 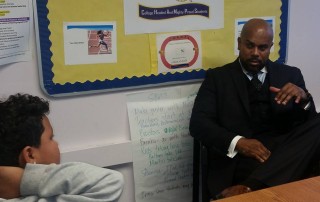 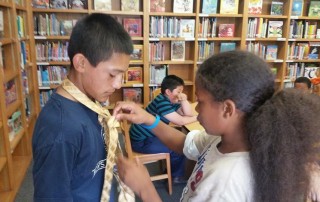 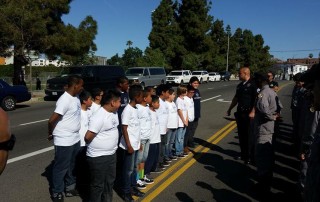 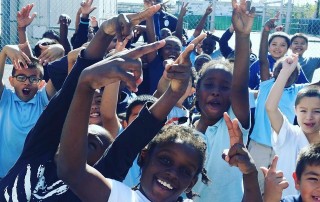 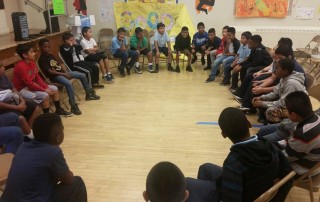 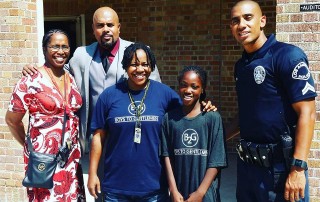 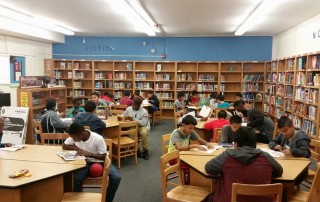 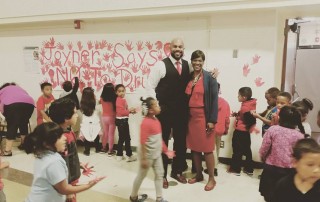